Emil Stejnar Mid-Century Floral Brass Chandelier with eight arms. Design by Stejnar in the 1950’s and executed by Rupert Nikoll Vienna in the 60's. This Floral Sputnik Chandelier is an eye catcher for any room, formed as a bunch of flowers with hand-cut crystals as glass flower elements.

Sophisticated Metall Work in Bright Red Color on the centerpiece.

Great vintage condition with beautiful patina and only light signs of wear.

Emil Stejnar was born in Vienna in 1939 and trained as a silver and goldsmith. In the 50’s he moved to Sweden to study astrology. In 1968 Stejnar moved back to Vienna to run a jewelry store at the same time as he served as director for The Institute for Scientific Life Research. Emil Stejnar is known for his Space age era Lighting Design and designed loads of Lighting for the Viennese Lighting manufacturer Rupert Nikoll, although Stejnar’s design career was second after his passion for the occult and astrology. 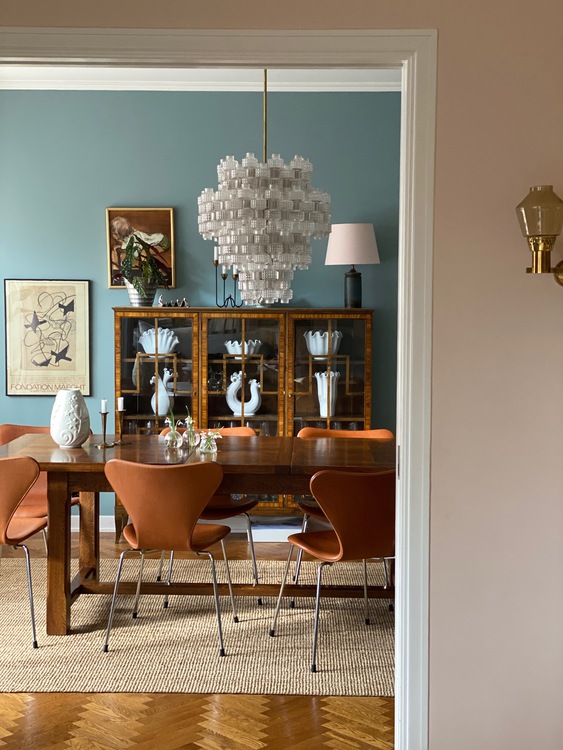 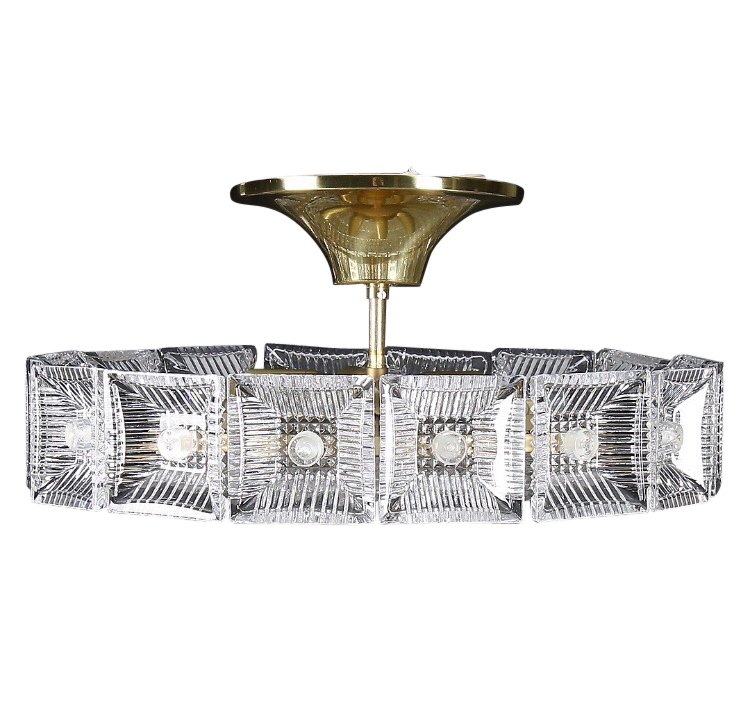 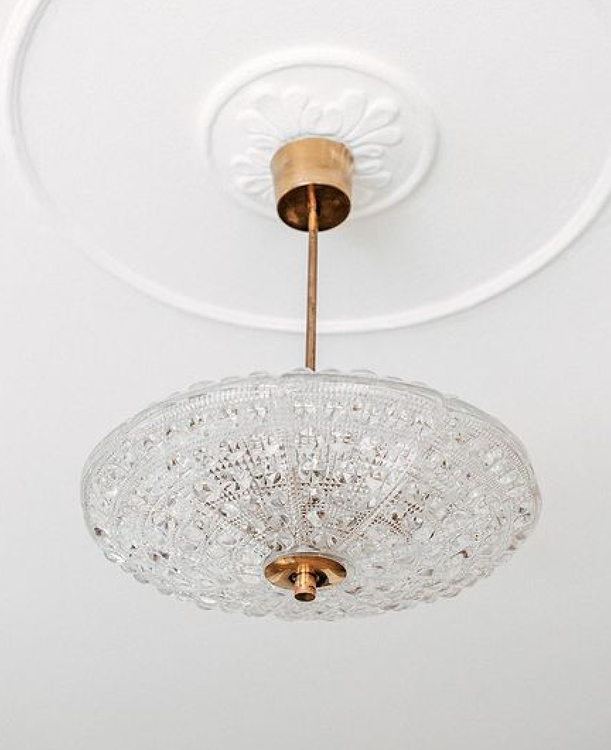